**Before filling out the above form, please have your current ACDA membership and a copy of the PO in PDF format.**

**Entries will not be scheduled until digital downloads are purchased.**

The audition will consist of two elements:
1) A performance of Come Back to Me – Kerry Marsh and 2) a 30-second vocal improvisation over a standard jazz form and chord progression. The first element will take place at each singer’s scheduled audition time, with the second following immediately afterward in a different room with different judges.

Updates to Vocal Improvisation Process:
Beginning in 2019, the improvisation format was revised; the exact form and set of chord progressions will change each year. Improv practice tracks will be available in a Google Drive folder with the Four Brothers audition cut track. The improv audition track used in the improv room will be released publicly via email to all directors of students registered for the jazz audition two school days prior to the audition date. This will give students and directors time to prepare without the need for a ‘cut room.’

Come Back to Me audition cuts:
Link the Sheet Music for the correct music for auditions.

Please make sure you use the link to purchase and download the audition music.  This music has already been cut from original chart. The tracks that you purchase from OkCDA will be the tracks used for the auditions. The tracks Kerry Marsh offers on his website are for REFERENCE ONLY.

John Stafford II is the Associate Professor of Music, Director of Choral Activities, and Co-Coordinator of the Music Department at Kansas City Kansas Community College (KCKCC). Professor Stafford was a 2015 recipient of the John & Suanne Roueche Excellence Award for outstanding teaching and leadership at the community college level. Also, Stafford was the recipient of the Henry Louis Award for Teaching Excellence at KCKCC in 2020 (our Faculty of the Year award). He has also received two other teaching awards from KCKCC for Recruitment and Teaching Excellence. Previously, he was appointed at Millikin University, Eastern Illinois University, and Danville Area Community College teaching composition, theory, orchestration, history, and vocal jazz. He holds degrees from Millikin University (music business), Bowling Green State University (composition), and has done additional doctoral studies at the University of Illinois, Urbana-Champaign (choral conducting).

Among his current professional activities, Professor Stafford currently serves as the National Repertoire and Resources Vocal Jazz Chair of the American Choral Directors Association. He previous has served as the Jazz Chair for the Kansas Choral Directors Association and Commercial/Contemporary Music Chair of the Southwestern Division of the American Choral Directors Association. Since 2014, Professor Stafford has served as the Choral Director of Community Christian Church (architecture by Frank Lloyd Wright) in Kansas City, MO. In June 2022, he will make his Carnegie Hall debut conducting Justin Binek’s jazz mass entitled, Missa Lucis, for choir and small jazz ensemble. His arrangements are published through The Lorenz Corporation and Anchor Music Publications. He has also recently presented at the 2021 and 2022 National Conferences of the Jazz Education Network about Choral/Vocal Jazz Voice Matching and about African-American Performance Practice with the national music education curriculum.

Professor Stafford directs, The Standard, the award-winning contemporary vocal jazz ensemble from Kansas City Kansas Community College. They have been invited to perform at the national conferences of the Jazz Education Network, the American Choral Directors Association, and the National Association for Music Education. The Standard has also been selected to perform at the Southwestern Divisional Conference of the American Choral Directors Association, Kansas Music Educators Association In-Service Workshop, the New York Voices Jazz Festival, the Real Group Festival, and the New York City Jazz Festival at Jazz at the Lincoln Center. The Standard has also received a number #1 rating at the University of Northern Colorado/Greeley Jazz Festival. Within the last six years, members of The Standard have won sixteen DownBeat Magazine Student Music Awards for Outstanding Performance (for Large Vocal Jazz Ensemble, Blues/Pop/Rock and Latin Ensemble), Live Engineered Recording, Studio Engineered Recording, and Outstanding Soloist in the Community College category. Two of those DownBeat awards included being the 2020 Community College Winner for Blues/Pop/Rock Ensemble and 2020 Community College Co-Winner for Large Vocal Jazz Ensemble.

In December of 2018, The Standard released their first studio recording, Feelin’ Good, and the album has been played on radio stations throughout the Midwest. In September 2020, The Standard has digitally released their first single recording of Justin Binek’s composition, Reparations. In October 2021, the ensemble will release their second studio album, entitled Coal and Diamonds. Their third album, La Fiesta will be released in early 2023. The group has shared the stage with such highly acclaimed artists as Take 6, The New York Voices, m-pact, Carmen Bradford, Dianne Reeves, Marilyn Maye, and Josh Groban. 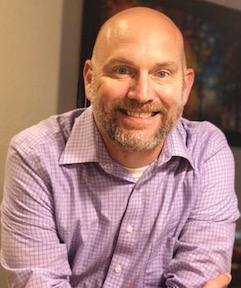